You are here: Home / Estate & Probate Litigation / Wills and Trusts In New Jersey 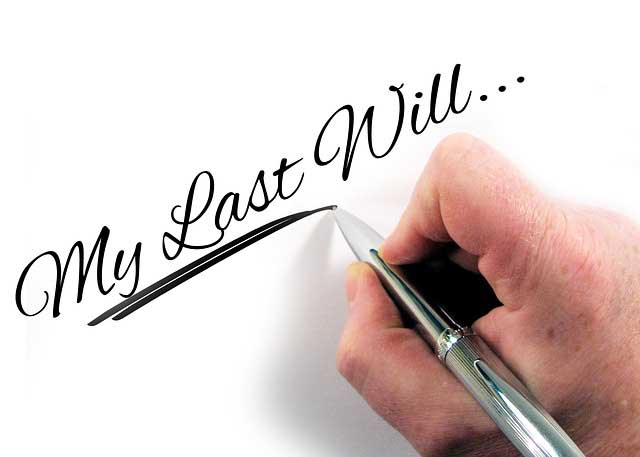 Why Should You Have a Will in New Jersey?

In every state, there is a plan for your assets to pass if you leave no will. New Jersey has a progressive plan for that. Whereas most people who come to my office saying, “I don’t have a will. I don’t really need one. Everything is going to my wife,” aren’t exactly necessarily right.  The law is that the first preference is for the spouse (or domestic partner or civil union partner). If the spouse does not have children of the combined marriage, then the spouse only gets a percentage of the estate. How does that work? If the decedent is survived by a spouse and children of a separate marriage, prior marriage or relationship or the spouse has children of a different relationship, then they do not automatically inherit everything because the plan is, the expectation is on the death of the first person, it’s going to go to the surviving spouse and then when she dies, she’s going to likely leave it to her children, which may include people who are not children of the decedent.

In addition to the arrangement where you have children of different marriages, you also have an arrangement where if a decedent dies, leaving a spouse, no children but parents or a parent, then those parents inherit substantially from the estate. I have an estate now in the office, for example, where they were married for 12 years, no children. He has parents surviving, sudden death, no will. To the spouse’s shock and horror, her in-laws who she hates more than life itself are going to inherit part of her husband’s probate estate.

In the story that I just mentioned to you, the decedent also had a bunch of joint accounts, payable on death accounts, life insurance with named beneficiaries, IRAs. Those kinds of assets while potentially includable in the decedent’s taxable estate are not part of his probate estate. That is, they’re not controlled by his will and they’re not controlled by the surviving spouse who is likely the executor. They are controlled by the contract between the decedent and the company that had the IRA. Let’s say, Morgan Stanley. Morgan Stanley says I don’t care what you got going on. You have a contract with me that says the beneficiary is the wife. It goes to the wife.

For probate assets that are in his name alone, we are controlled by the state’s statute for intestacy. What happens if there’s not a spouse, child or parents? Then, it goes up the food chain to the parents and then sideways to the children of the parents and then up to the grandparents’ descendants, just like you’d expect in New York, but the difference in New Jersey is that taking into account of spouse and children of another relationship.

The last quirk that New Jersey threw into the mix is if you have a total failure of beneficiaries where everybody would expect it would go to the state of New Jersey, New Jersey said if you have stepchildren, even if you had no relationship with them, they’re going to inherit before the state. It isn’t necessary that you memorize the rules, but just be aware that there are significant rules that are very different from state to state.

What Does It Mean To Be Held in Trust?

To be held in trust means simply that someone else, although it can be you, is in charge of check-writing of the money that’s being left for you. There are different kinds of terms around the language about who can be in charge. Let us say the typical plan is I am giving everything to my spouse. It is going to be in trust for his lifetime and then when he passes, it goes to our kids. I want it to be in trust because I’m worried about creditors. I’m worried about predators. He says, “Yeah, but I want to be able to have free rein use of the money.” We can say that for things where he has the right to pay for support, maintenance, the customary things, he can be the only signer.

You can also appoint someone else to manage the trust for certain types of expenses which can pose challenges for the recipients of the trust. Using the example above, if he wants to use the money to buy a yacht to go to Bimini, he has to have let’s say his sister-in-law approve, which is always my favorite. People want to have his sister-in-law be the co-trustee of the money for him so that when he does remarry, she’s giving out nothing to that other woman. It’s an interesting play on what people do about these things.

Consult With An Attorney

Our estate and probate litigation team can be helpful when trying to resolve an estate or probate issue.