You are here: Home / Estate & Probate Litigation / Considerations When Writing a Family Will

A will is a document that can be changed at any time as long as the person who’s revising it is competent to make a will. Importantly, it allows people to identify family members who will be heirs to your assets.

In the will you can address your intentions for:

Naming Family In a Will

If that individual had made an estate plan, he likely would have treated the children of his second marriage more richly in his estate knowing that he otherwise provided for them the other children with life insurance. Second, while still minors they were quite a bit older. Additionally, other expenses were taken care of such as college tuition. With no will, there is no flexibility, no ability to define who I mean to treat as children for this purpose or for that purpose.

A will allows you to specifically include children of adoption and children who are in utero. Most states now have laws that describe whether those children are deemed to be children but you can go wrong. You can be in a state where that’s not the case when you pass. You can be a resident of a different state. Those are issues to be considered and addressed in a document.

You also could address what happens in a simultaneous death plan. Young families often travel together. What if the worse happens? What happens if both parents are deceased, then who does it go to? Then, who’s in charge of the money in that case?

Also, what if worse of all, the entire family is lost? The best thing about having a plan is you can plan for the worse of the what-ifs if need be.

One of the things that we try to do with young families is to encourage people to name a string of successors. For example, if a spouse is not able to handle both the grief of the loss and the job of doing the executor’s role. What do they do? If we have a second in command who they felt would be appropriate for the job, they can simply resign. They can say, I won’t take on the job, I’ll renounce the role of executorship and then you already set it up so there is a document that says this is who’s in charge and it’s easy.  It also avoids the obligation that the state will generally require, the posting of an insurance policy called a surety bond to protect that the executor doesn’t run off with the money. 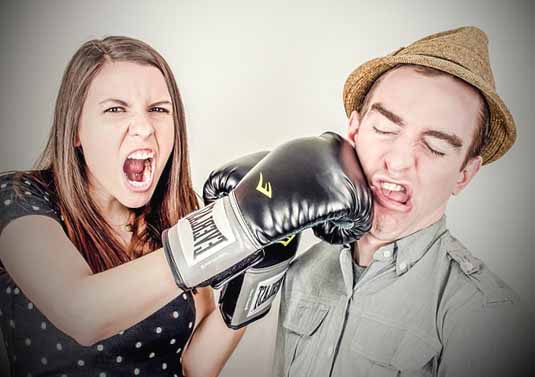 A Will Makes Your Intentions Clear And Helps To Avoid Arguments Between Guardians, Trustees and Other Family Members

When somebody imagines or well understands the nature of that job, they can better plan for or think of who would be the best person in the family for the job.

One of the most common conversations we have with clients is I’ll make my brother the trustee of my husband’s trust. Imagine how that goes when I pass, my husband is left behind, he remarries, do you think that my brother is going to work well with my husband? Maybe he will but maybe he won’t and so again, these are conversations that are difficult. Now picture the story for the benefit of a child or children. The person who has control of the money for the benefit of a child is called a trustee. The person who has control of the physical custody of your children is called a guardian.

What if we haven’t considered how the trustee and the guardian will play with each other. Hopefully, they’ll play very well. Picture the scene where Jamie wants to enroll in some ballet classes and they’re $10,000 a year. The guardian, the parent, the person who’s caretaking for the child feels this would be a great idea. The trustee thinks that dance is just stupid. Really, is that going to be a good match? Not just because they perhaps aren’t getting along well personality wise but because they won’t have an understanding with each other of the values of the other which are devastating to the care and well-being of your children in the decisions they’re going to make throughout their lifetime.

One of the other decisions that I think a trustee needs to be imagined making is when the children become young adults. They’re 23, 24, 25, and they come to the trustee  and they say, “I’d like to get married and I want $150,000 from my trust for this purpose.” The trustee can either say, “Really, $150,000” or the trustee can say, “Let’s talk about this. Let’s have a conversation about how much is appropriate to spend on something like this.” The trustee can talk to the beneficiary and say, “This is how I feel your money should play out for your lifetime. If we use $150,000 of your money now, for example, when you want to buy a house, three years from now and you want money from your trust, will this had been the best use of your money?”

Consult With An Attorney

Writing a family will and testament early in life when you are healthy will help you protect your family from these and other legal problems and disputes. There is no need for fighting over an inheritance.